The outstanding issues in relation to treatment, prognosis and cure of asthma and COPD are:

Our basic research efforts are aimed at understanding the molecular mechanisms in inflammation that underlie the exaggerated inflammatory response during an exacerbation, unresponsiveness to corticosteroids and the chronicity of inflammation.

Sarcoidosis is a relatively rare granulomatous disease that in about 25% of diagnoses develops into a chronic or progressive disease. It is unclear which molecular mechanisms determine resolution or perseverance of granulomas. In that context we are addressing the involvement of the immuno-regulatory enzyme indoleamine 2,3-dioxygenase.

Details on these basic research lines are provided below (click on Controlling Inflammation). There are opportunities within our basic research projects for university students (Medical Biology, Medicine) and HLO students (lab technicians) to perform an internship (click on Internships). Our research efforts constitute an integral part of the main research interests of the Department of Respiratory Medicine and thus there is a close collaboration with clinicians and the lung function lab. For these studies we are continuously seeking volunteers (healthy or with mild to moderate asthma) to participate in these studies (if you are interested, please click on Inflammation during an exacerbation). In addition to the basic research we guide and facilitate the laboratory part of clinical studies and we contribute to the diagnosis of interstitial lung diseases and severe asthma. These activities are performed within our CCKL-accredited lab LONI. 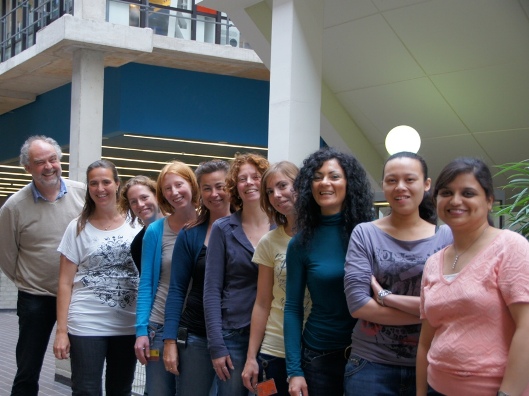 More recent studies have revealed that there may be a defect in these regulatory pathways in bronchial epithelial cells from patients with asthma. Current studies are aimed at delineating this defect and at unravelling the molecular machinery involved in these pathways.

Inflammation during an exacerbation

Respiratory viral infections are a major cause of acute worsening (exacerbation) of asthma and COPD symptoms. In addition, inflammatory responses tend to be corticosteroid unresponsive during an exacerbation. The underlying mechanisms are still unclear although we assume that there is a relation with the defect observed in bronchial epithelial cells from patients with asthma, described above. We exploit a human challenge model in which human volunteers are exposed to a common cold virus (Rhinovirus 16) to induce a mild cold in healthy individuals and a mild exacerbation in patients with asthma. In combination with relevant experimental animal and in vitro studies we aim to delineate the cause for these excerbations and focus on the role of eosinophilic granulocytes and the underlying process that leads to corticosteroid unresponsiveness. These studies are performed by Dr. Suzanne Bal and Dr. Lara Ravanetti, part of which involves an intervention with anti-IL-5. Patients with mild to moderate asthma and healthy controls who are interested to participate in these highly relevant clinical studies can find more information here:

Foreign (non-self) material that the immune system fails to eradicate, typically will be walled off in well-organized inflammatory tissue structures called granulomas. These granulomas protect the host by containing the enclosed antigen and limiting inflammation.

The inducible enzyme indoleamine 2,3-dioxygenase (IDO) depletes tryptophan and produces kynurenine. The depletion of tryptophan and the generation of kynurenine and related metabolites have been implicated in dampening T cell responses by promoting apoptosis or preventing activation of T cells. We and others have found that IDO activity also dampens responses by neutrophils and macrophages. Since tryptophan is also an essential amino acid for most micro-organisms, IDO-mediated depletion of tryptophan can also affect microbial metabolism and even kill microbes. This led us to propose that granulomatous IDO may limit local inflammation and may prevent bacterial growth/dissemination.

Based upon studies in murine tuberculosis and analyses of clinical specimens from patients with CGD, sarcoidosis or tuberculosis, we conclude that IDO activity determines whether granuloma resolve, are stable or become progressive. High granulomatous IDO activity induces moderate to severe apoptosis of immune and inflammatory cells that may prevent the clearance of the micro-organisms/antigen and leading to persistent and progressive granuloma. Low IDO activity leads to resolution of the granulomas. If, however, these granulomas enclose live pathogens this also causes dissemination of pathogens and aggravate inflammation. Our current studies are aimed at exploring this concept (Figure 2) further. 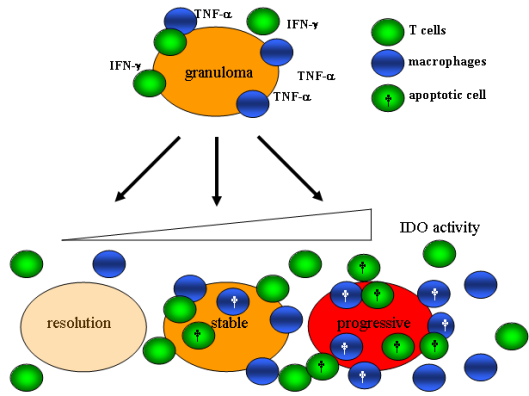 Figure 2: Schematic representation of the working hypothesis for granulomatous IDO.

Our group has a long track record of supervising national and international (Socrates, Erasmus) students with their research projects. We have excellent lab facilities, a broad experience with cell and molecular biology approaches (see references), and pay attention to interpreting and presenting data and setting up experiments. Besides work discussions and a journal club discussing recent articles, there are a number of meetings each week giving you the opportunity to meet more leading, national and international scientists. If you are interested in our topics and would like to do a research project, please contact Dr. René Lutter (E-mail: r.lutter@amc.uva.nl ; Phone: +31-20-5668753) for further information. We have also developed a broad expertise on the analyses of material from clinical studies (bronchoalveolar lavage fluid, sputum (spontaneous and induced), breath condensate and of blood) using ELISA's, multiplex assays and other immunological assays (Elispot), enzymatic assays, quantitative mRNA assays and the detection of cell surface and intracellular markers (FACS, intracellular detection).